Rice wine at the Mid-Autumn Festival 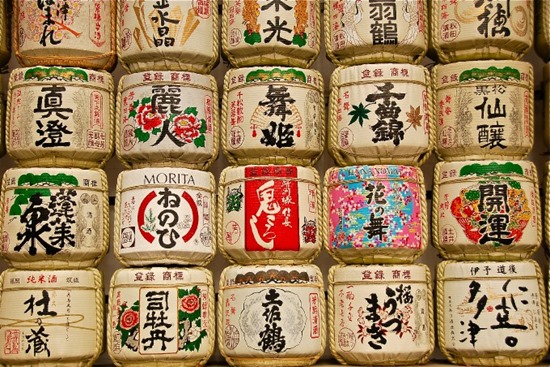 19 September was the Mid-Autumn Festival or the Moon Festival. Beyond moon cakes, it is also a story of a woman who flew to the moon, a time for toasting a new full moon, and for me, a reason to taste good quality rice wine.

The moon and (rice) wine is a pair that inspires countless poems in classical China. Imbibing wine until lightly inebriated, the poets recite poems or improvise lines of poetry and admires the beauty of a perfect new (round) moon. The poets thought wine helped their mind to hold – to possess – lyrical plays of words and turns of phrase. In that ‘enhanced’ state of mind, they repeat and elaborate on particularly beautiful phrases or words, much as one may savour the aroma and palate of a well-aged wine. A group of eight famous poets in the Tang Dynasty are still known as immortals in the wine cup.

One of the ‘eight immortals’ is Li Bai, who wrote many poems that involve drinking wine. A well known one is about the poet drinking alone, in a moon-lit garden. Unusually, he is not drinking in the company of fellow poets. Instead, he turns to the moon and his shadow as drinking companions, turning one person into three. He raises his earthenware cup to the moon, and then dances (presumably poetically), although the moon and his shadow cannot join his drinking or dancing.

In that poem, wine prompts him to use his imagination to create his own social drinking circle. He and wine, worshipping the moon in his inimitable fashion.

The image of Li Bai (or his alter ego) dancing alone in the garden, with lines of poetry swirling in his head, and inviting the moon to join the fun, might be an early form of moon dance. It always makes me think of Coleridge in his wilder moments: “And all should cry, Beware! Beware! / His flashing eyes, his floating hair! […] For he on honey-drew hath fed / And drunk the milk of paradise.” (Kubla Khan) 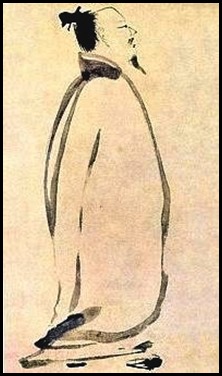 Wine and the moon also have another, more nostalgic place in tradition.

In the legend about the origins of the moon festival, a hero shoots down nine of ten suns, and is rewarded with an elixir of immortality. He gives the elixir to his wife for safekeeping because he did not want to be parted from her. But, when his disciple tries to take the elixir from her, she swallows it and flies – exiled – to the moon. Our hero can only mourn for his wife by setting out her favourite food and drinks in the garden, and watching for her shadow on the full moon.

Instead of a (let’s call a spade a spade) wildly drunk Li Bai, we have a husband longing for his wife, the moon and wine being a way to be closer to each other – if you like, a kind of imagined possession. In this tradition, families and friends still drink toasts to each other when they are reunited. The more enthused they are, the more rounds of wine and more elaborate the speeches.

Apparently rice wine is one of the earliest types of alcohol produced: so much history in each cup of wine. It was only recently that I had a chance to taste good rice wine. It was a kind of ‘yellow wine’, a wine fermented from glutinous rice or sticky rice, and is common in Southern China. Up north, wine is commonly made from sorghum or other grains available in the region. There are many classifications based on taste and aroma (‘sauce’, ‘honey’, ‘rice’ or ‘layered’ anyone?), and generally the most famous of yellow wines come from the Shaoxing region of China.

The colour is a kind of golden amber (others can be dark brown), and the taste was … deep, complex, without any fruitiness and with a whole lot of grains. The alcohol level is high-ish, and we warmed up quickly even though it was a cool spring evening. The wine we tasted had a real unami taste, probably not salty though with a full savoury flavour (definitely not your Riesling or even Chardonnay). I thought it would go well with food that is hearty, but not too heavily spiced, like hot pot, any kind of grains, braises and dumplings.

Other people have described the taste of yellow wine as nutty, aromatic, generally not at all like grape wines, but if you had to compare it to grape wine, the consensus seems to be the closest match is a manzanilla or other type of dry sherry.

And did we sip cups of rice wine, exchange phrases of poetry about the moon, in a moon-lit garden? Sadly, no. But I did have a sneaky thought about re-enacting Li Bai’s drunken moon dance in the garden…

Postscript: this is a last minute entry to the Month Wine Writing Challenge #3, hosted by Sally of My Custard Pie. The theme for this month is “Possession”, so as you can see, I’ve taken quite a bit of liberty with this theme – on the premise that “there must be a way to link mooncakes / Moon Festival to wine and possession!”

19 thoughts on “Rice wine at the Mid-Autumn Festival”