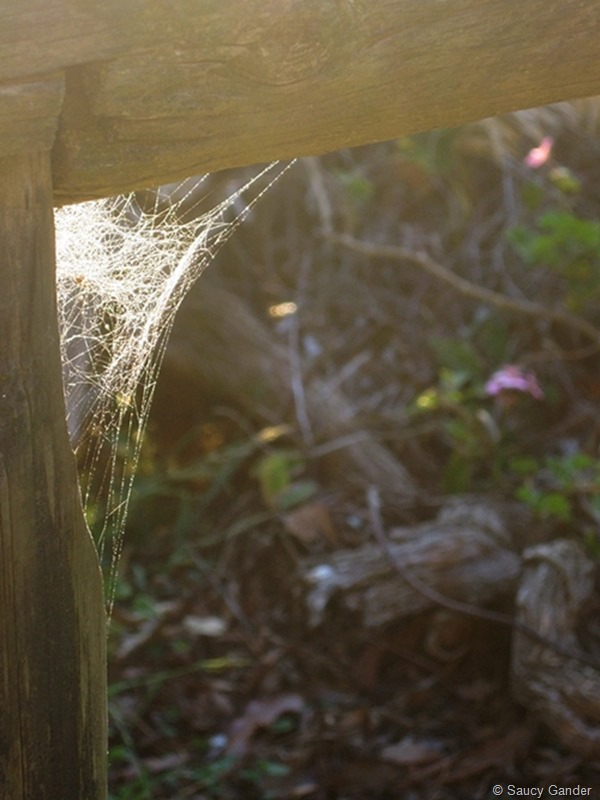 Before summer officially ends in the Antipodes, I’m sneaking in some photos of a beach side garden. 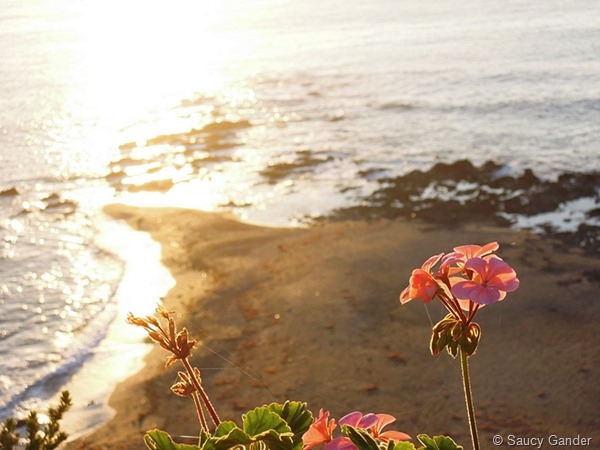 It was the end of Christmas at the holiday beach house. All week, we were waking up to the morning sun coming through our window. On our last morning, I went into the garden and took photos of the flowers before the day began in earnest. 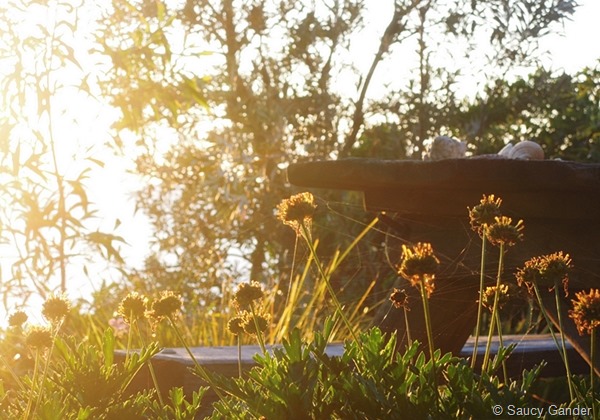 It was a strange, beautiful half hour. The other house occupants were still asleep. So I padded around in oversized flip flops, feeling the dew on my feet, the sun getting warmer and brighter. A (rare) sense of being absolutely alone. 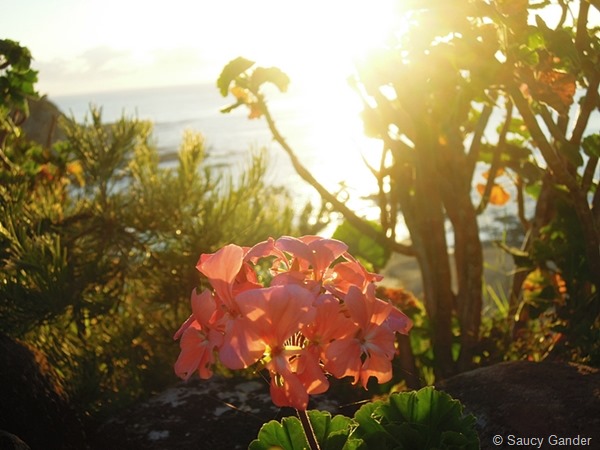 Despite the early hour, the sun was almost too bright to look at. It cast a golden morning glow. Reflected on the water, it turned dark blue into streaks of yellow. Trees and other plants became silhouettes. Starkly black against the sky and ocean. 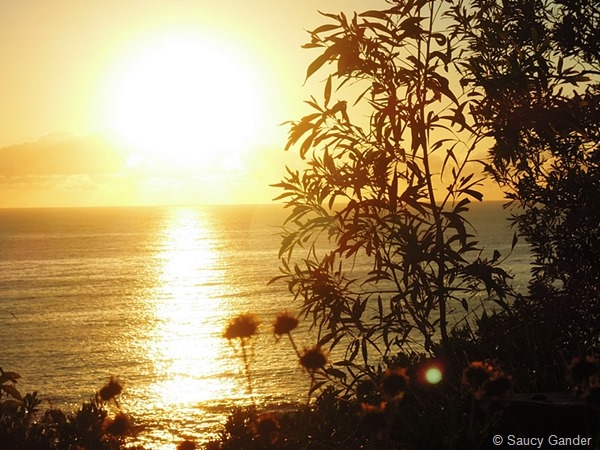 The leaves, buds, branches, flowers, looked more fragile, more colourful, in this light. I remember – incoherently – thinking of Tess (of the D’Urbervilles) in the early morning, then aubades, then Under Mulga Wood (a native recast of Dylan’s Under Milk Wood, using the magic of spoken words to bring the outback to larger-than-life).

The morning breeze, straight from the ocean, over the flower beds and straight into our window. It gives a faded patina to the wooden furniture and leaves a fresh saltiness in my hair.

And the sound of the ocean! As I sit here and type, it’s coming back to me. The waves endlessly breaking against the rocks and the sand. Again, again, and again. A sound that comes from somewhere deep down, like barrel chested laughs, tropical thunderstorms, a standing ovation at the end of something earnest (the Ring Cycle? King Lear? Any Chinese opera??).

The sound is much louder on the beach. I’ve sat on the sand for whole hours, pretending to read a book but really just watching the waves come and go.

From the cliff top, the sound was further away, like a piece of music that gets under your skin, and you start to miss it when it’s gone. 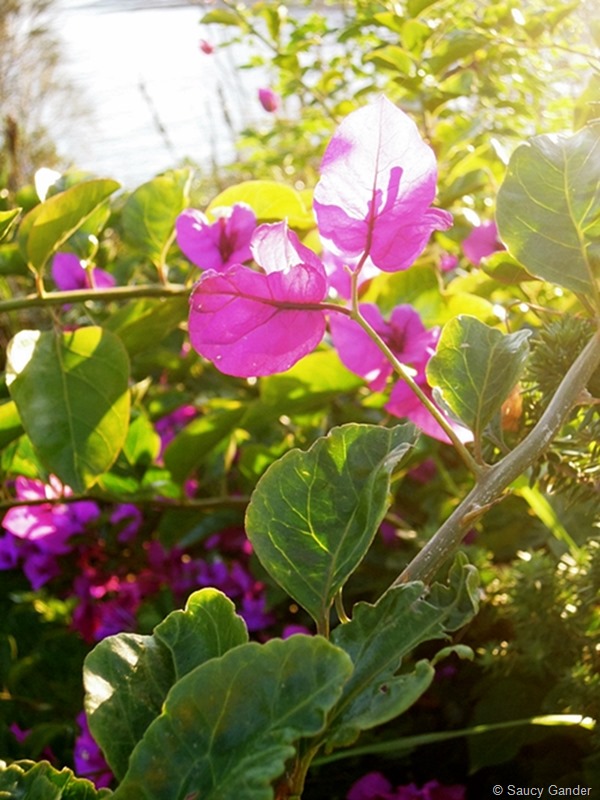 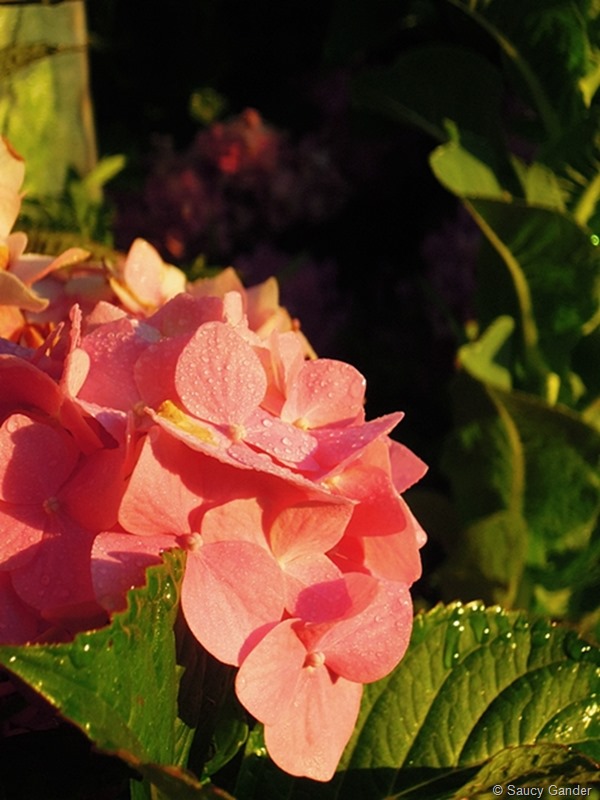 We don’t know if we’ll come back to this place next year – the best laid plans of mice and men, etc etc – but we’ll have these memories. 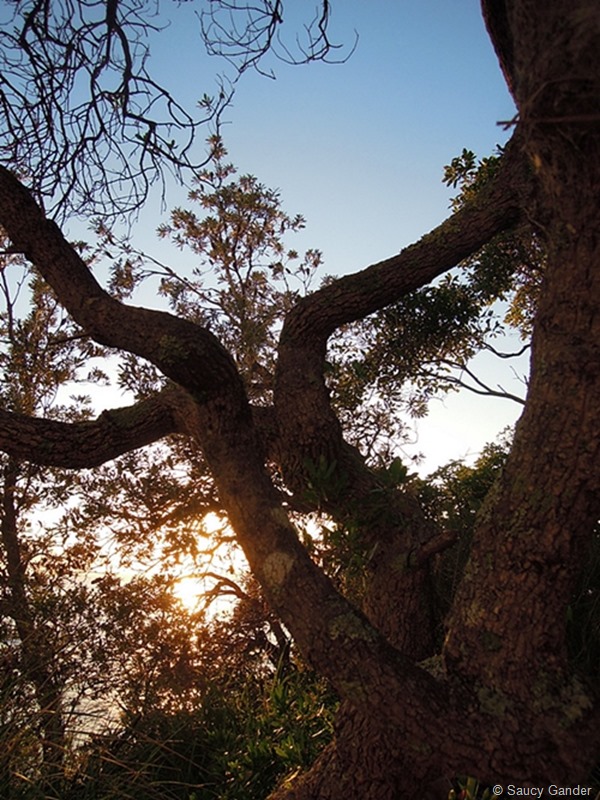 30 thoughts on “Last morning, summer at the beach house”