It must be Australia Day: not-quite-poutine meets vegemite 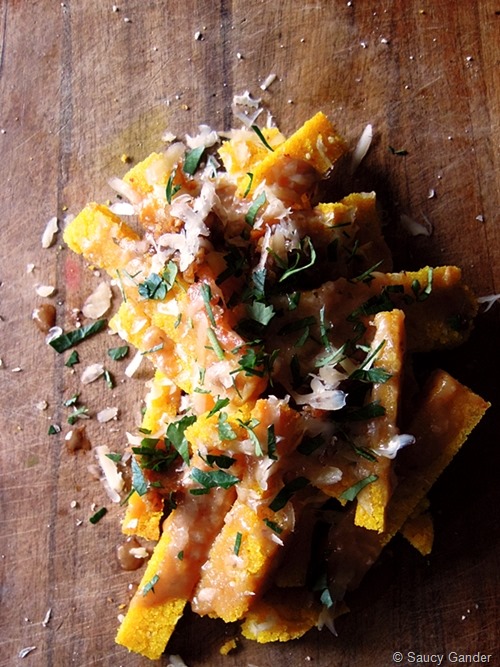 I’ve resurfaced! Mid-January was a time of mysterious illnesses (caught from work colleagues who caught it from exotic holiday locations), early bedtimes and absence from the blogosphere. Thankfully the exotic bugs have departed, and I’ve picked up the camera again.

Just in time for Australia Day. And what could be more Australian than vegemite? (If you like the sound of golden toasted cheddar on polenta chips with just enough vegemite to add a salty kick, read on, this is a post for you.)

The black, unctuous, salty, umami-laden yeast extract spread that seems to be a practical joke for everyone else, and a Masterchef ingredient for us.

The taste of the stuff seeps into the memories of old time Aussie kids, as does the ditty that can rouse a hipster crowd to a sing-along:

“We’re happy little Vegemites / As bright as bright can be. /
We all enjoy our vegemite, / for breakfast lunch and tea. […]”

Even growing up in a migrant family, I ended up eating and loving the stuff. When we were travelling through Copacabana, Bolivia, a couple of years ago, we met another group of Australians. They had packed a family-sized tube of vegemite and were having it on toast at the breakfast table. And suddenly I had such a fierce hankering for vegemite, that I asked them if I could have some. 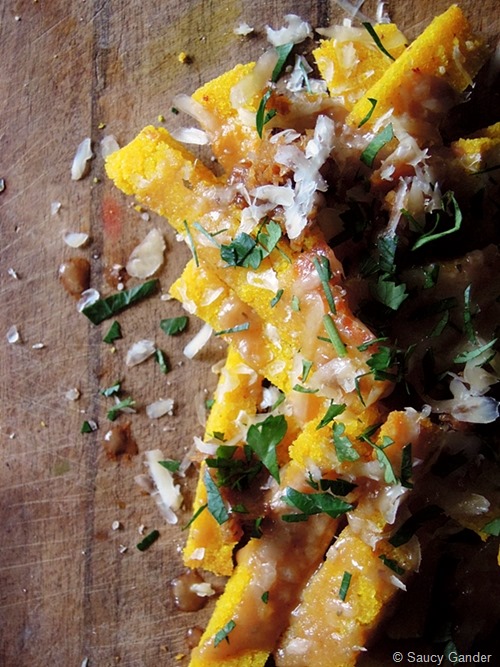 In October 2013, vegemite turned 90. With that in mind, I thought about making something involving vegemite for Australia Day. Somehow we ended up with a riff on poutine – a poutine in concept rather than execution.

The idea developed like this, in a Smeagol-vs-Gollum style interior dialogue: 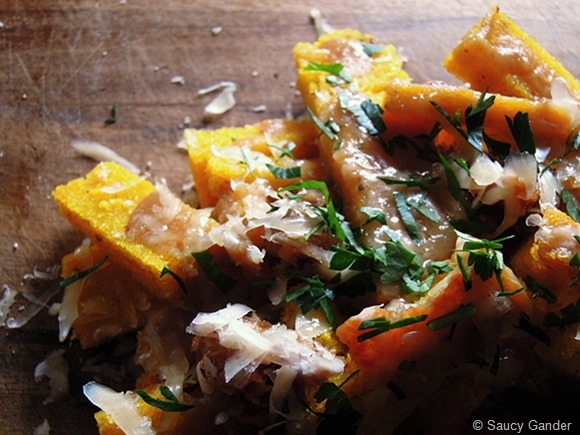