*Still travelling – and sending this to Angie’s Fiesta Friday #22, hoping the messenger rooster (which lives next to my hotel in Yangon) will get to Angie – he looks pretty determined!*

This, hopefully, will be the first of 2-3 posts catching up on photos from previous trips in Singapore and regional NSW. Travel themed posts while I’m travelling. 🙂 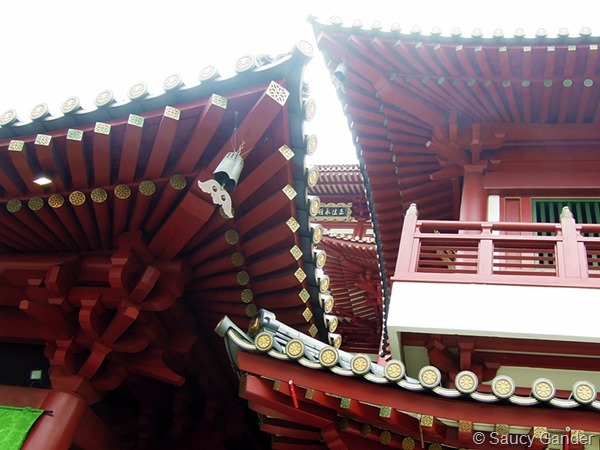 Singapore is said to have two national pastimes, eating and shopping. I’m not someone who goes ga-ga over luxury brands, anyway most of them have shops in Sydney too, so that leaves eating. So. Much. Eating.

I go crazy for the hawker food. Oh the hawker food – popiah, rojak, oyster omelette, laksa, congee, flaky roti, Hainan chicken, endless variations on rice and noodles, all those coconut or sago-laced sweets, durian cake, kaya toast, coffee or tea with condensed milk, masala chai, mountains of durian, and much, much, much more…

Can you believe I was so caught up in eating that I didn’t take photos? I really should practise taking photos of food I have in other countries.

Onto the photos I did remember to take. Here are the non-food bits of the trip.

This time, I went back to Chinatown and visited the Buddha’s Tooth Relic Temple. I was lucky to be there during a ceremony led by a visiting monk from India. The smell of incense, otherworldly sing-song chanting (so unlike the western chromatic scale), punctuated by alien instruments and ceremonies. Despite the sound and color and motion, this was an hour of meditative stillness.

(As i’m learning in Myanmar, there are many variations of Buddhist temples. This one, like many in Malaysia, are in the Chinese style with lots of red, lanterns, incense, and bits of paper fortunes in mysterious shadowy corners. The ones in Myanmar are very different, dazzling in white and gold. As someone said to me yesterday, it’s like different types of sugar, but they all taste sweet – cute metaphor, non?) 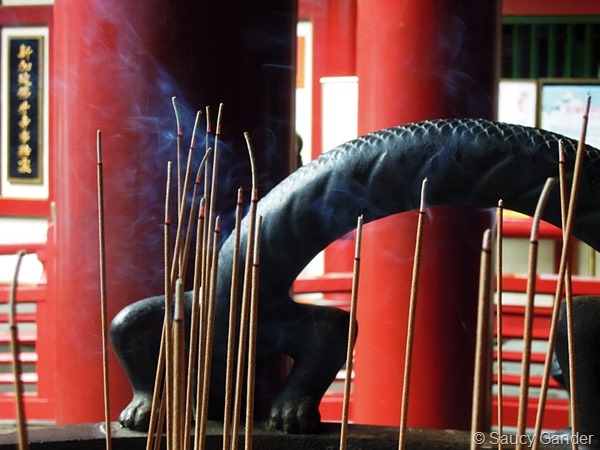 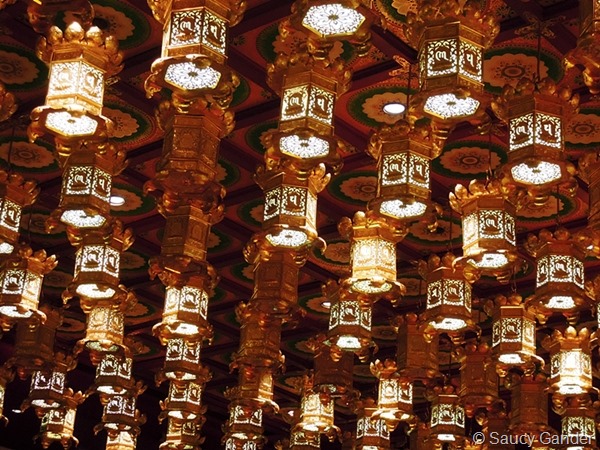 A complete contrast was Marina Bay Sands. The famous (and famously expensive) hotel that looks like a submarine.

I went there not sure what to expect. After all, it didn’t sound like my kind of place. Yet I was pleasantly surprised. Sure it was all about consumerism, but the building has some beautiful architectural moments. Inside, it was full of geometric patterns, tall, mysterious angles, silhouettes of figures, and details that remind you that – although this building is cool and shaded – you are in tropical Singapore… 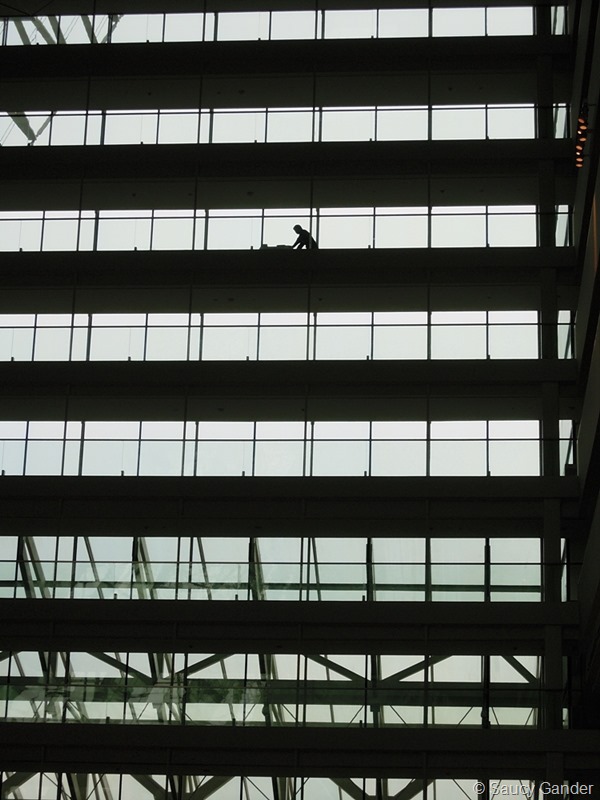 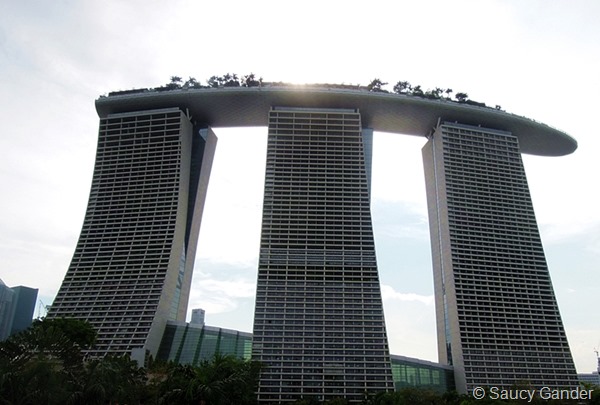 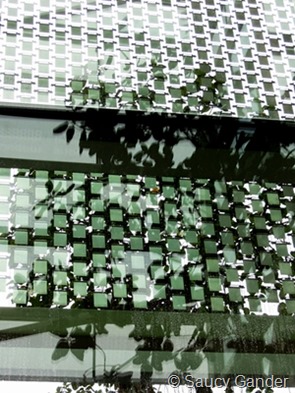 And the view from its rooftop bar is probably unparalleled. On a clear day (ha?), I’m told you can see as far as Malaysia… 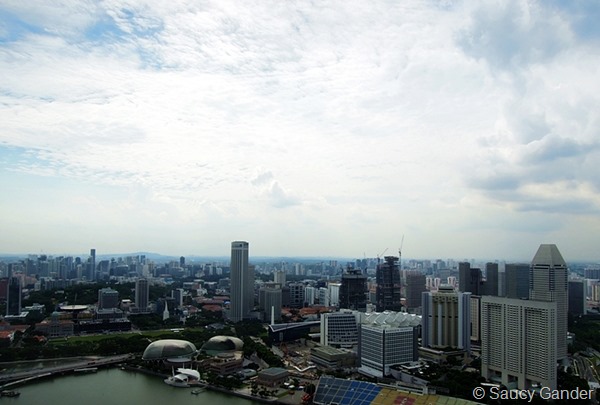 We only had an hour or so in the free part of the garden (everything except the domes). If we had more time, I would have wanted to get inside the domes to enjoy the air conditioning. And if we didn’t have a flight to catch, I would have come back in the evening for their light and sound show, apparently quite impressive. 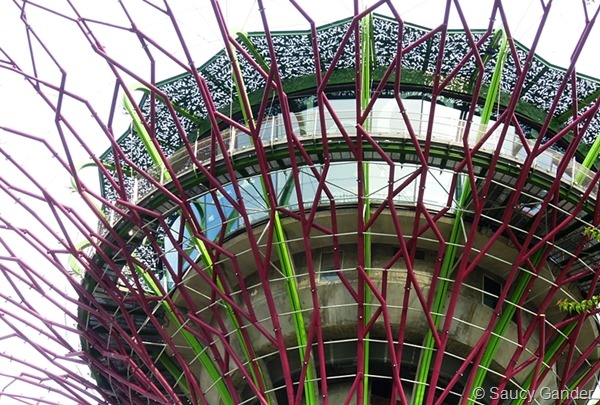 And then the trip was over, waiting at the airport with only photos to remind me of that humid, hot, strange yet homelike place.